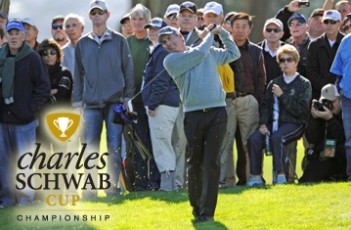 Who: The purse for this year’s Charles Schwab Cup Championship is 2.5 million in prize money. Rest assured that the best players on the Champions Tour will be on hand when the tour reaches Arizona.

Where: The Charles Schwab Cup Championship 2018 will be held at the Phoenix Country Club near 7th Street and Thomas in Phoenix, Arizona. Founded in 1900 and moved to its current location in 1921, Golf Connoisseur Magazine rated Phoenix Country Club among top 100 Most Prestigious Private Clubs in America in 2006. This course will prove to challenge even the best Champions Tour professionals in what is sure to be another exciting race for the Charles Schwab Cup.

Tickets: Any Day Grounds Tickets are just $20. When you buy tickets via the TICKETS Fore CHARITY™ program, 100% of the net proceeds goes directly to a Scottsdale or Phoenix charity. If you would like proceeds for your ticket to go to Robinson Ranch, buy your tickets here: https://www.schwabcuptfc.com/tickets/forward.php?C=RR

A Tradition of Community Giving

The Charles Schwab Foundation is a private, nonprofit organization created by The Charles Schwab Corporation. Its philanthropic mission is to help people become financially fit through education, advocacy, and volunteerism. It also supports a wide range of community and employee-selected organizations.

Since its founding in 1993, the Foundation has contributed to more than 2,300 nonprofit organizations, with donations averaging nearly $5 million a year. The Foundation provides financial support to qualifying nonprofits via direct grants, event sponsorships, and employee-matching gifts.